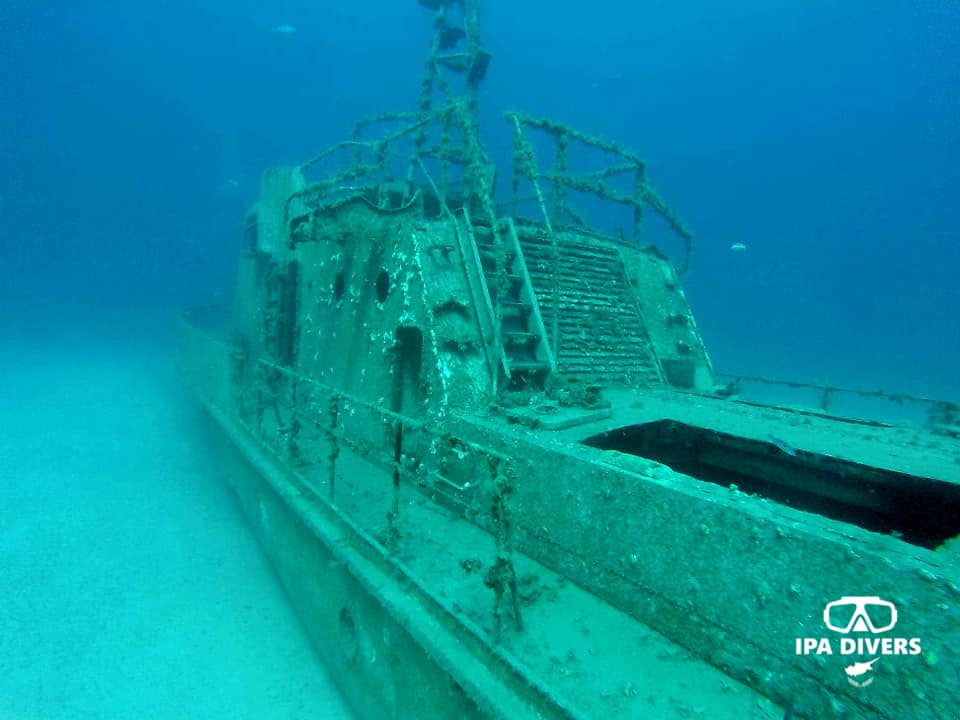 The Kyrenia (Greek Navy patrol boat 'Knossos') was a motorized patrol boat built in 1978, built by 'HELLENIC SHIPYARDS' and commissioned on November 11, 1978 as HS Knosos (P-268). In 2000 it was transferred to the Navy of the Republic of Cyprus, where "Knossos" was renamed "Kyrenia" and marked as P02. The ship was once armed with one 20mm Oerlikon Mk10 anti-aircraft gun and one 2-round Mistral-SIMBAD anti-aircraft missile launcher.
On February 28, 2015, Kyrenia was sunk in Ayia Napa as part of the Cyprus Artificial Reef program.
Relatively shallow waters and exceptionally good visibility make this wreck perfect for divers of all levels! The maximum depth is 24m.